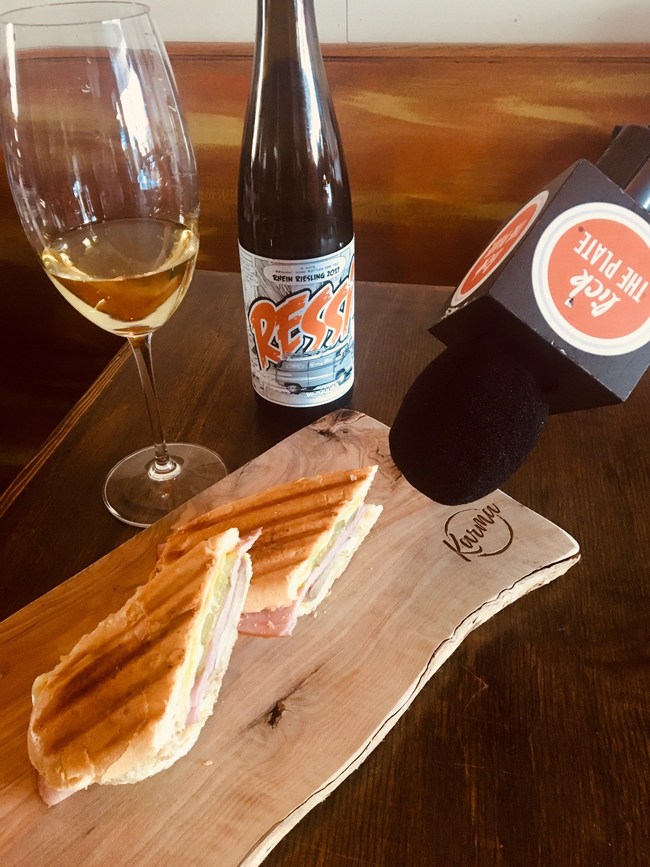 Host David Boylan who is somewhat obsessed with Cuban sandwiches suggested the idea of adding one to the menu at Karma Wine Bar to owner Michelle Tremblay, and she jumped at the idea. That led to extensive research and testing and the Cuban that Boylan describes as among the best he has had. “Michelle ran with this idea and the fact that she is brining the pork shoulder in orange juice and spiced rum, then a mojo marinade proves she took this seriously. Then it becomes a more traditional preparation combining the slow roasted pork with smoked ham, Swiss Cheese, thinly sliced pickles, yellow mustard and Cuban style rolls pressed until it all melts together and becomes a glorious sandwich.”